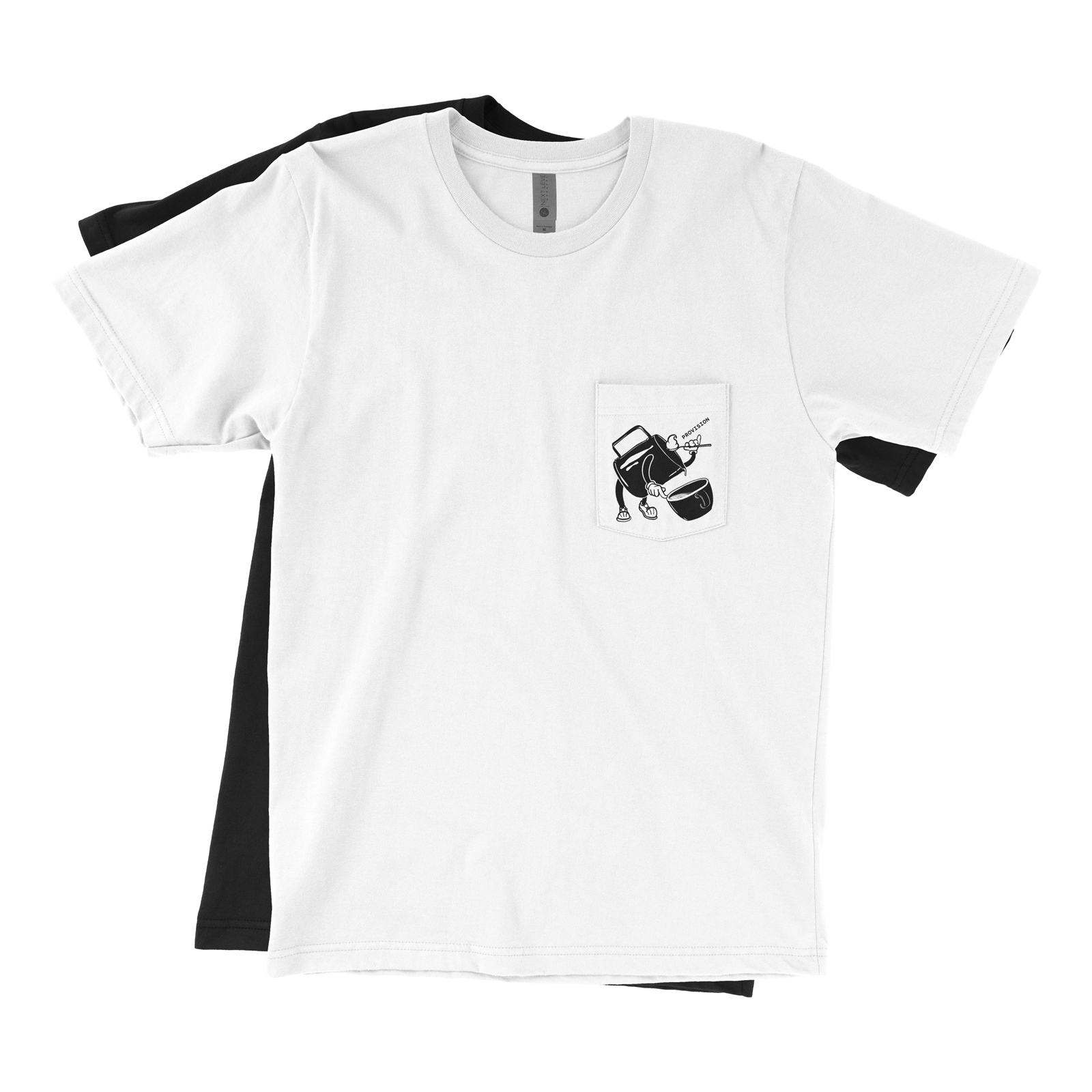 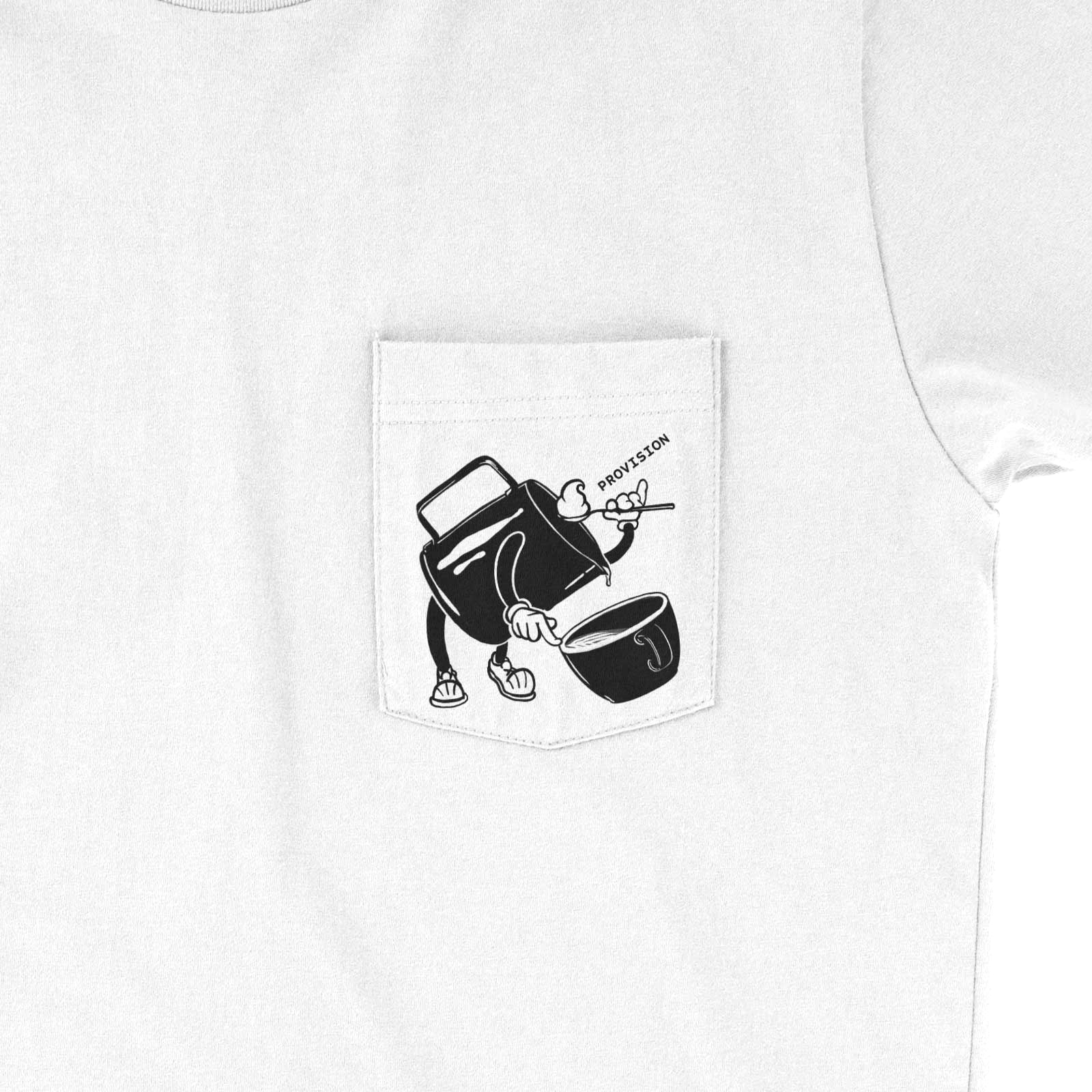 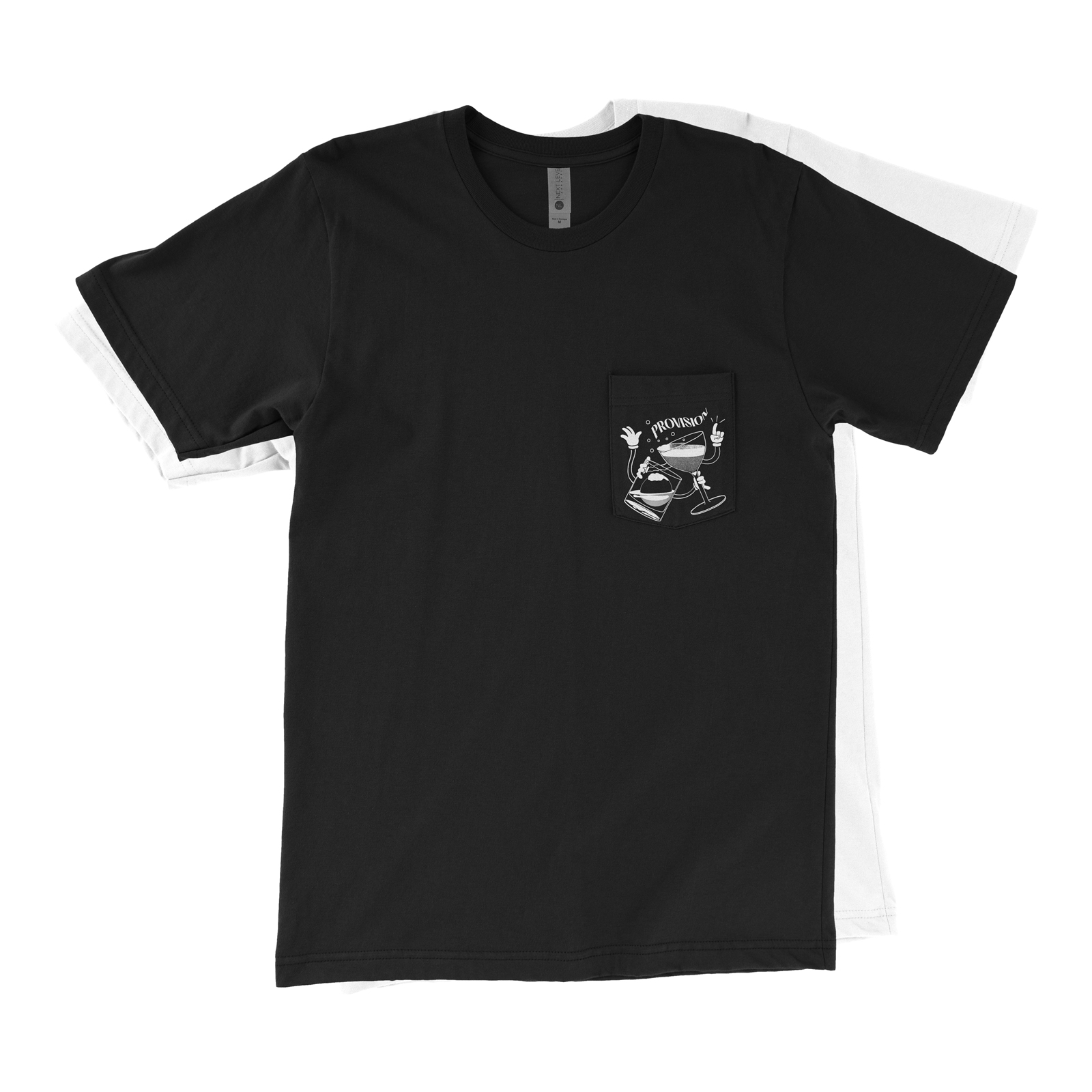 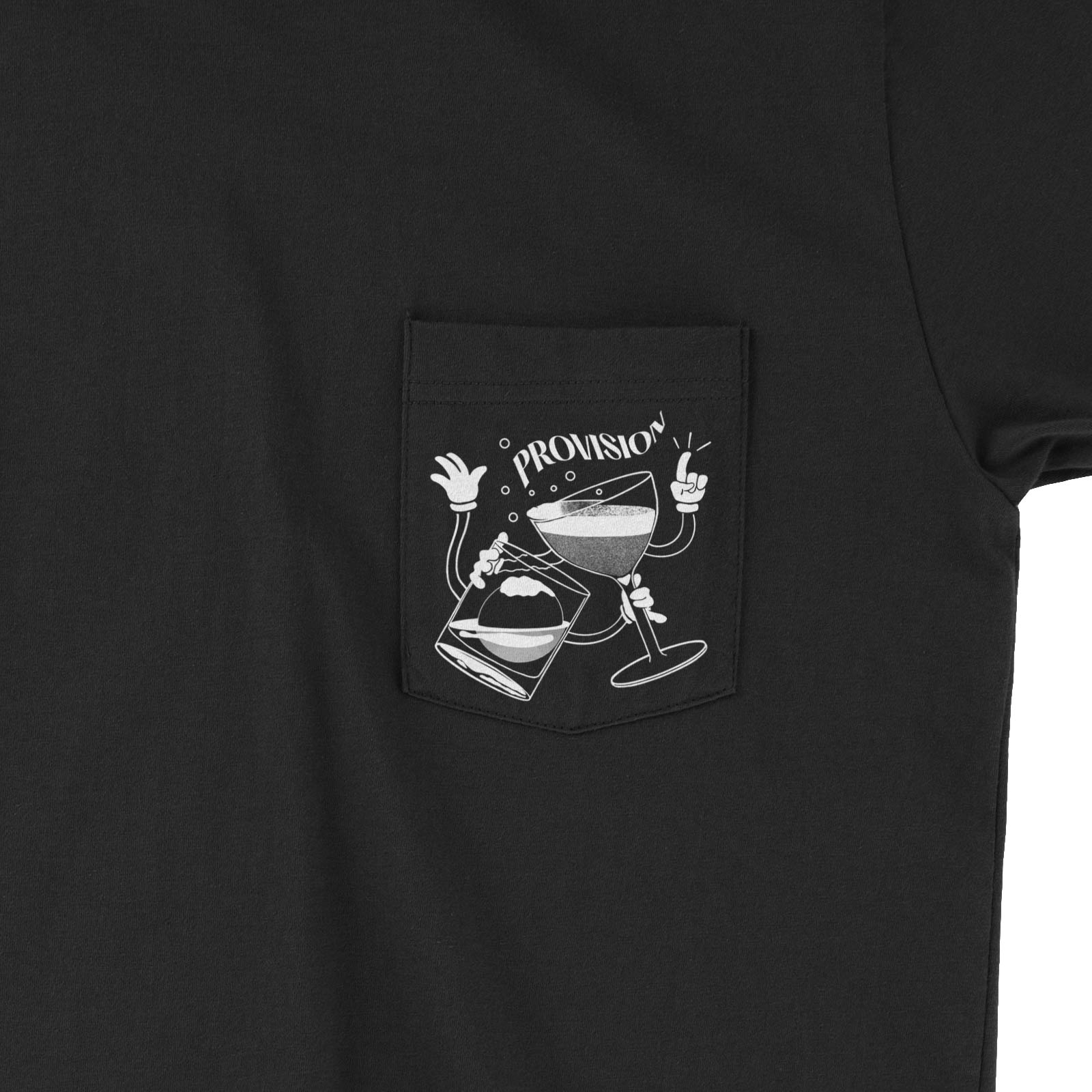 Kevin Layshock
These shirts will be printed on unisex Next Level cotton pocket tee, which is pillowy soft and extremely durable. The pocket's a perfect spot to keep your bartender's tip handy.
$ 25.00
$ 25.00
$ 25.00
This product is out of stock.
Product is not available in this quantity.
Details

We've been going to Provision since it was living in a strip mall salon space on Gilbert Rd, south of the 202—not exactly the coolest spot on the planet. It was unassuming on the outside, but inside was this bizarro world of ridiculously refined coffee cocktails and a steady stream of people who looked like they belonged in fashion magazines. Sure, it only had three tables, a small bar, and a couch mostly occupied by salon patrons, but it was gold. Now they're all grown up in a spot that'd fit right in in NYC, SF, or Portland. Not that the Phoenix coffee scene is something to scoff at these days, but Provision really set the mark as to what good coffee should taste and look like. It's a little disarming when you walk into Provision and see a fully stocked cocktail setup. You think, "What's going on here? Should I be drinking right now?" The answer is a resounding yes. A few months back I got a Jungle Bird variation that had a delicious amaro with a butter-washed spiced rum, and it was so good I've been trying to recreate it ever since (which is a mistake, as we all know everything tastes better when someone else makes it). After my first few sips, I asked Dan how he came up with the recipe, and he said, in his usual unassuming way, "Well, the Jungle Bird is a delicious, balanced cocktail, and this was an obvious way to elevate it." Well, Dan, obvious to some is a mystical power to others, and I'll keep drinking your cocktails to learn your secrets.

Chris
—
It's a Pre-order!
It's a POST-order!
Coming Soon!

This product is currently for sale as a pre-order, which means we haven't quite made them yet. We'll keep in touch with information about the pre-order, as well as when you should expect it to ship (generally about two weeks after the pre-order launches). If you have any questions before / during / after the pre-order, or you need to change a size you've ordered (that's an easy fix), just let us know, and we'll get back to you!

This product is no longer for sale as a pre-order, which means we made them, they’ve sold, and we’re on to the next one. But don’t lose hope, for all is not lost, friend! You can request we resurrect this product and bring it around for another batch. We’ll tally up the requests, and when the time comes and there’s reasonable interest, we’ll reach out and give you a heads up.

This product is coming soon! We’re getting some things in order, and giving the artist some time to adjust any details. We can let you know when it’s available — leave us your email address, and we’ll give you a heads up when the pre-order starts!

Thanks! You're signed up!
Agh! Something went wrong while submitting the form. 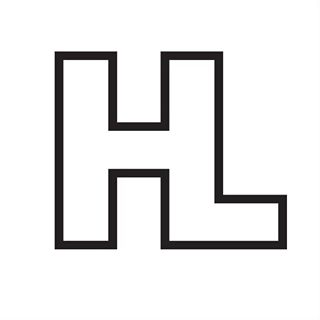